So I am suffering from insomnia due to the fact that I decided to work out late tonight and working out pumps me up (Thanks to Liesl!). But anyway, I was thinking this would be a good chance to introduce Mike to you guys that don't know him and basically gush about the love of my life.

Michael is family guy (hehe..he loves that show too..I am such a nerd). Well, he kind of has to be because he comes from a really big family, TEN KIDS! Here is a picture of the kids from oldest to youngest, left to right. 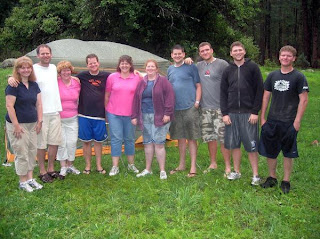 Not only does he have a big family, but the last four boys (including him) are really tight. They call themselves "The Brotherhood". You can't cross "The Brotherhood". I've tried to tattle on them a couple of times at family dinners and totally got ratted out by both Brad and Matt. They have TOTAL loyalty. 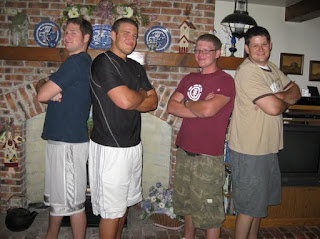 Anyone and everyone that knows Mike associates him with his extreme love of mountain biking! The boy is addicted and actually is really good. He does races every now and again all over New Mexico (I will be watching one this weekend in Cruces by the way) and places pretty high up there. He always has some great pictures of all the beautiful places he does biking. I should be jealous, but really, I actually like he has a healthy hobby...anything that makes my boy happy! 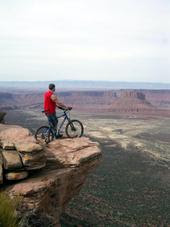 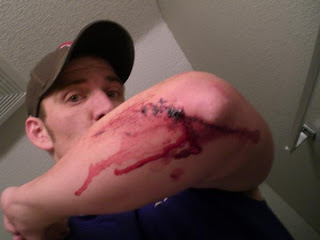 Another thing besides mountain biking is the fact that he likes to play. He has a VERY yellow personality (if you have ever done the whole color code book). If he had to choose between work and play, play is definitely a priority. We kind of even ourselves out in that sense, since my life consists of list making and "doing" stuff all the time. He has lots of toys! 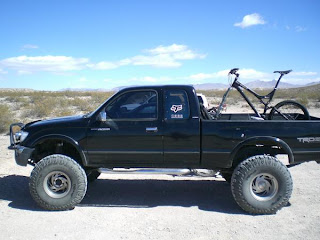 One thing that totally caught my eye when we started talking was his pictures he takes. As you know, I love documenting every part of my life and I think I found my match! Also, he loves to travel! I always wanted to find someone who had the travel bug like me. This was when Mike went to Maui. He is addicted to the water...I love it, being the beach bum myself. 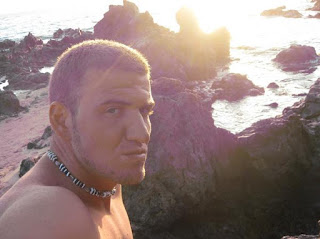 Last but not least, I love the relationship Mike has with his mom. Sue is such a sweet person and Mike speaks of her like she is the epitomy of what a mom should be. I love a guy who isn't afraid to be a momma's boy. Even though Mike was/is a little, let's say, "feisty"..haha..he has a soft spot for his mom and I think it's adorable.

Lib, Lib, Lib,
What a beautiful family. But they will be blessed even more when you are part of it. It proves once again that the best in life is worth waiting for. Family is forever. I hope Mike's and ours will be close.
DAD