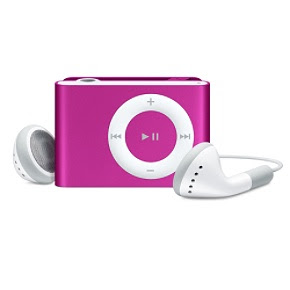 O.K. So Mike bought me an IPOD shuffle just to be a nice boy that he is and I have totally loved it!

Since I am listening to it even as I speak, I'm going to play a quick game with mine. I'm going to shuffle and list some songs I have and what they remind me of. Yes. I am a dork.

"Bubbly Toes" by Jack Johnson. (My summer at BYU in 2005. Sitting on my bed reading Children's Literature books and listening to this song.)

"I'll Be" by Edwin McCain. (Two things. Working at Hogi Yogi with Adam Carley one of my best friends and partner in crime in high school and it also reminds me of Cinderella Story. Hehe. Cheesy movie.)

"Find Yourself" by Brad Paisley. (From the movie Cars. I loved that movie when it came out. It reminds me of this really sad car ride back from Salt Lake City with Brittany when both of us where crying our eyes out about things. )

"Lean Like A Cholo" by I can't remember. (I laugh so hard when this song comes on because it reminds me of Michelle. There is a lyric that says 'Dang! I like you, I like you, but I really want her'. So messed up. Michelle says it was my song after a terrible incident at a party where a guy only talked to her so he could talk to me. Very messed up but she was a good sport.) 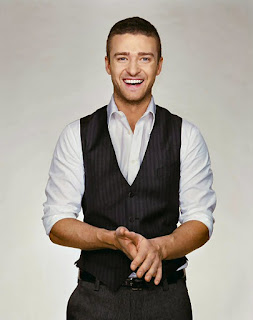 "Summer Love" by Justin Timberlake. (Walking downtown in the fashion district of LA with Lindsey where either they played Beyonce or Justin EVERYWHERE!)

"Forever" by Chris Brown. (Great workout song but also reminds me of So You Think You Can Dance.)

"Love Story" by Taylor Swift. (Makes me think of Mike.)

"On My Mind" by Kalai. (When I roomed with Christy Bello and Jeantiel Jackson, who is Gladys Knight's granddaughter. We went to Gladys Knight's house and listened to him in concert in her backyard. Very cool.)

"Fighter" by Christina Aguilera. (My friend Felicia and I took a hip hop class with our teacher Al Money and he used this as our warm up song every week. I was a hip hop star! Haha. Not.) 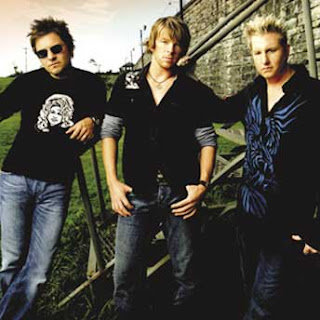 "Feels Like Today" by Rascal Flatts. (Driving to Utah in my car with the windows open blasting this song and singing at the top of my lungs! Its deep if you listen to it.)

"Ride With Me" by Nelly. (My friend Kaycee and I would listen to this on the way to the Las Vegas Hilton to DDR with the Asian boys. We would kick their butts too. I lost so much weight that summer!)

"Semi-Charmed" by Third Eye Blind. (I saw these guys at the Delta Center in Salt Lake. Very fun concert. Also reminds me of my many trips to Provo.) 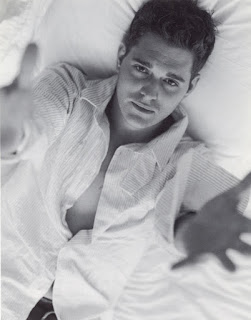 "Everything" by Michael Buble. (Michelle and Brittany love him. Makes me think of them when we all lived together. So fun. )

"Party Like A Rock Star" (The summer when I party hopped a lot. I thought I was so cool. Haha.)

"Shattered" by O.A.R. (I love this song right now. Reminds me of now!) 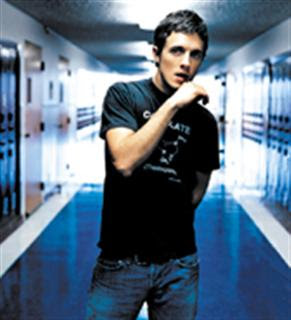 "I'm Yours" by Jason Mraz. (Jason Mraz reminds me of when I worked at Disney in 2003 and I would listen to his CD 'Waiting for My Rocket to Come' nonstop as I drove the back roads of Disney trying to make it to the employee bus on time. I loved living down there. Disney and beaches all wrapped up in one summer. I was in heaven.)

"Time of Your Life" by Green Day. (My graduation song in high school. Just like everyone else.)

Yes, I am random and like random music. I'll spare you more.
Posted by Liz at 7:54 PM

Oh, Brad Paisley. I still listen to that song when I'm sad :( and Michael Buble does indeed rock my world...he's just so dreamy. I love this post Liz. It's funny how songs bring back so many memories. Don't ever forget Blow the Whistle blasting in your bedroom late at night...I'm sure you won't ha ha ha!!!!!!!!!!!